We were thrilled to recognise the work of Biochemistry undergraduate student Anna McDonald with a Biochemical Society Undergraduate Recognition Award. Biochemical Society Undergraduate Recognition Awards are offered for institutions to award to, at their discretion, an outstanding undergraduate in any year of study. The course of study must be related to biochemistry or molecular bioscience. In this article, Anna tells us about her work developing methods to understand the cardiotoxic side-effects of drugs.

I developed and subsequently used methods that sought to understand the cardiotoxic, that is to say damaging to the heart, properties of certain anti-cancer drugs

Many drugs approved for use in the clinic have, at the molecular level, no known target or well-understood mechanism of action and, furthermore, can have unintended side effects due to additional unknown targets and activities. During my Part II project in the Lanyon-Hogg group in the Department of Pharmacology I developed and subsequently used methods that sought to understand the cardiotoxic, that is to say damaging to the heart, properties of certain anti-cancer drugs. As the number of cancer survivors and the years cancer patients can expect to live after their diagnosis increase, more patients may find themselves at risk of the long-term cardiotoxic side effects of chemotherapeutics including anthracyclines that can cause heart failure, through as of yet poorly understood pathways. Additionally, a lack of specific treatments to prevent, delay or reverse anthracycline induced cardiotoxicity highlights why research in this field is so critical as a greater understanding of the mechanisms driving these side effects could fuel the development of safer chemotherapeutic programmes. 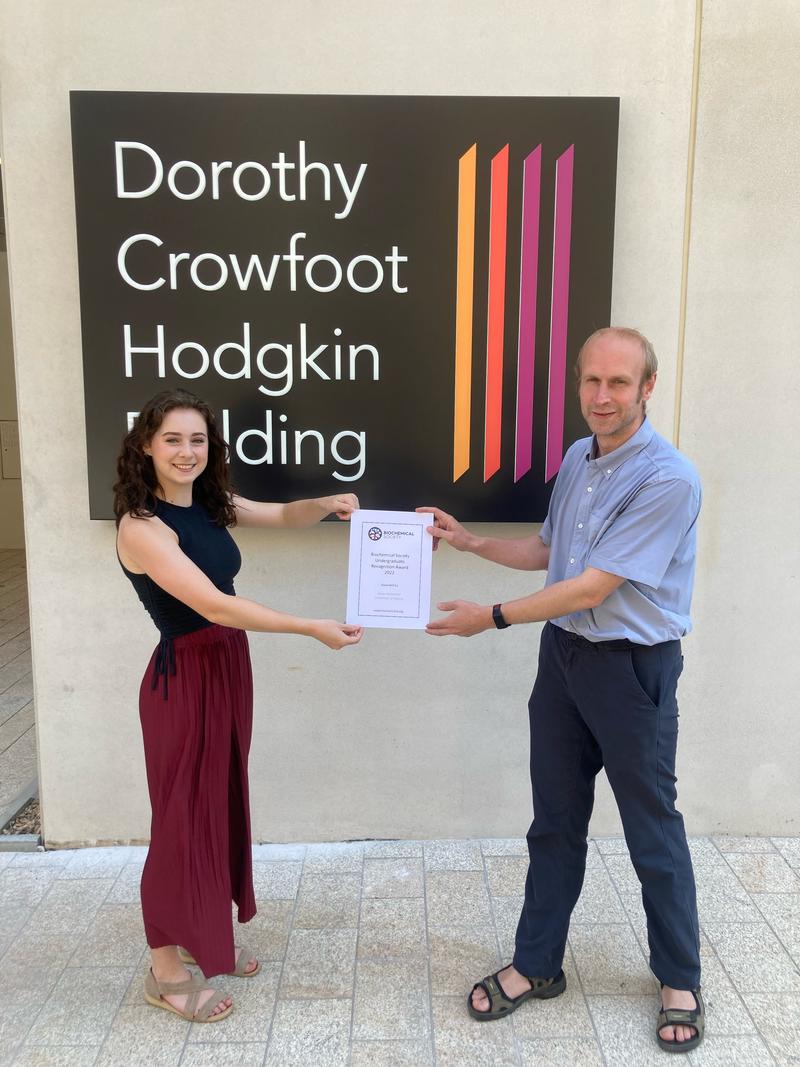 To uncover currently unknown, novel drug targets our group employed a Photoaffinity Labelling approach coupled to Proteomics. This approach involved the synthesis of probe molecules designed from our drug molecule of interest with the aim that they look and act similarly to the parent drug molecule and will bind shared targets. Yet, they contain additional chemical groups that allow us to covalently crosslink the probe to engaged targets in live cells and subsequently selectively enrich these targets so that they can be identified and analysed by Proteomics.

At the start of October this project was in its infancy and most of my Part II aimed to establish and optimise protocols for the target identification workflow which, taking up to two weeks from start to finish, was no easy feat! Furthermore, as one of the first people to be using this method within the Department I was required to demonstrate some aspects of the workflow to PhD students from other groups and discuss aspects of the approach with them. In the latter stages of my project, once the approach had been validated, I was able to use the protocols I designed to yield some potential novel targets and exciting results which are the basis for incoming PhD and masters students' studies. 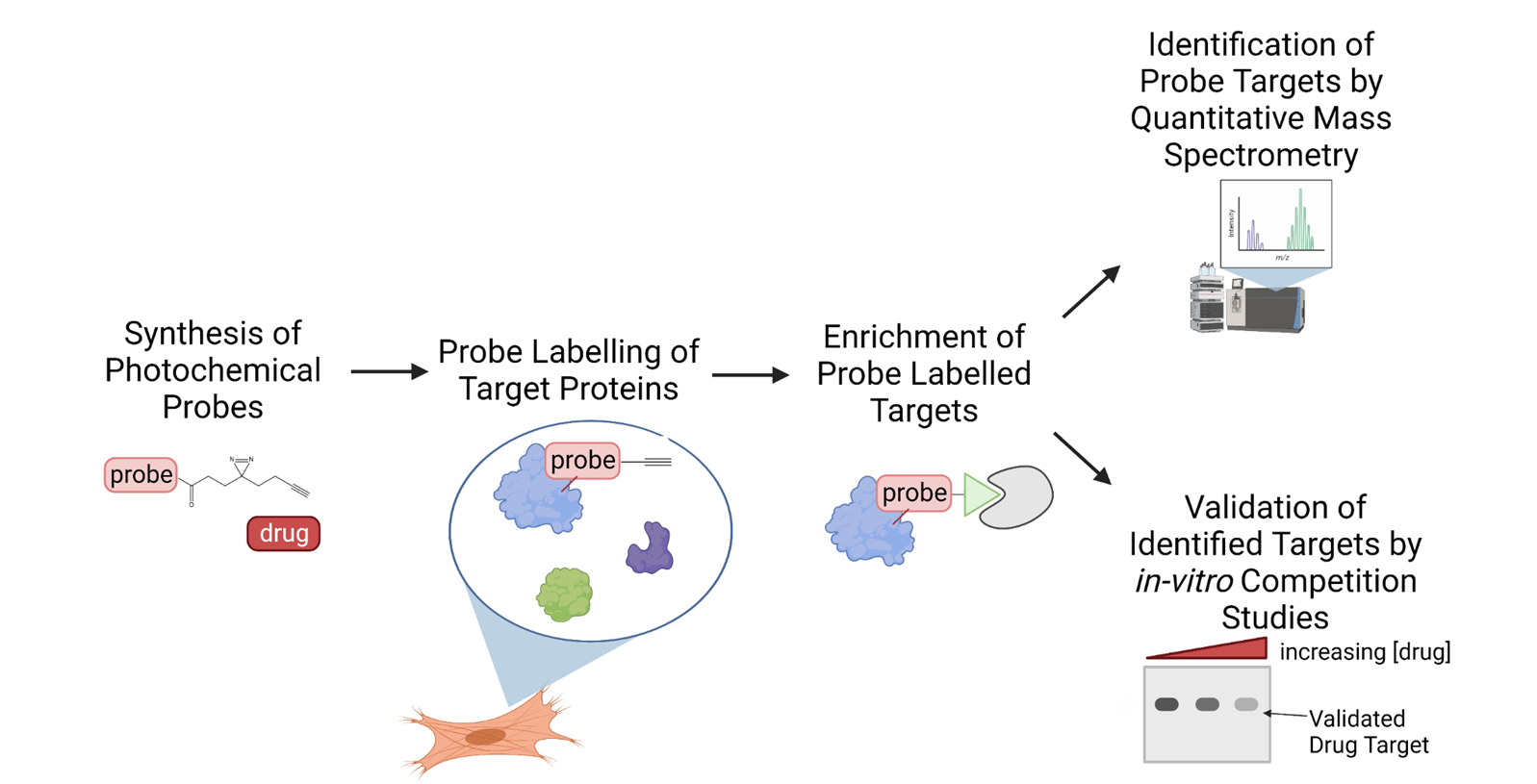 Photoaffinity Labelling Workflow. Photochemical probes designed from the drug of interest are given to live cells wherein they engage a subset of targets of the parent drug. UV-dependent crosslinking covalently attaches the probes to these targets and, post cell-lysis, copper-catalysed click chemistry is used to attach an affinity tag to the probes for selective enrichment of probe-labelled proteins. These probe targets are subsequently identified by quantitative proteomics and can be validated by western blot-based competition studies.

I believe a large part of my Biochemical Society Undergraduate Recognition Award is acknowledgement of the effort put into my Part II project and contribution to the research group throughout my time there. Joining the group in October, it was newly established during a pandemic and during the first four months of my Part II the lab team consisted of myself and a Part II Chemist. As such, the responsibilities we held were much greater than would perhaps normally be required of an undergraduate and we worked together to establish the lab space, order supplies and any additional equipment we needed and, once introduced to techniques I had not previously used, we were largely independent of supervision at the bench.

The lack of pre-existing protocols meant I quickly gained a lot of skills in designing experiments and the unique position I was in gave me a lot of ownership over my project and the direction in which I wanted it to take. This led to being involved in discussions with visiting speakers at seminars and helping to arrange external collaborations. Now, almost a year later, the lab has over ten members with a mix of visiting students, PhD candidates, post-docs and masters students and I feel very proud of the role I played in shaping and building the foundations and atmosphere of the group, and am very thankful to my supervisors for the opportunity and trust they placed in me.

Mark Roberts, the Department of Biochemistry's Teaching Facilitator STEM ambassador said: "Anna enabled her new supervisor and co-workers to engage with the wider Oxford research community through the collaborations she initiated. Anna required minimal to no supervision to use an exceptionally wide range of techniques to achieve important results and develop a range of methods which she then demonstrated to other PhD students, showing an exceptional level of knowledge transfer for a junior student." 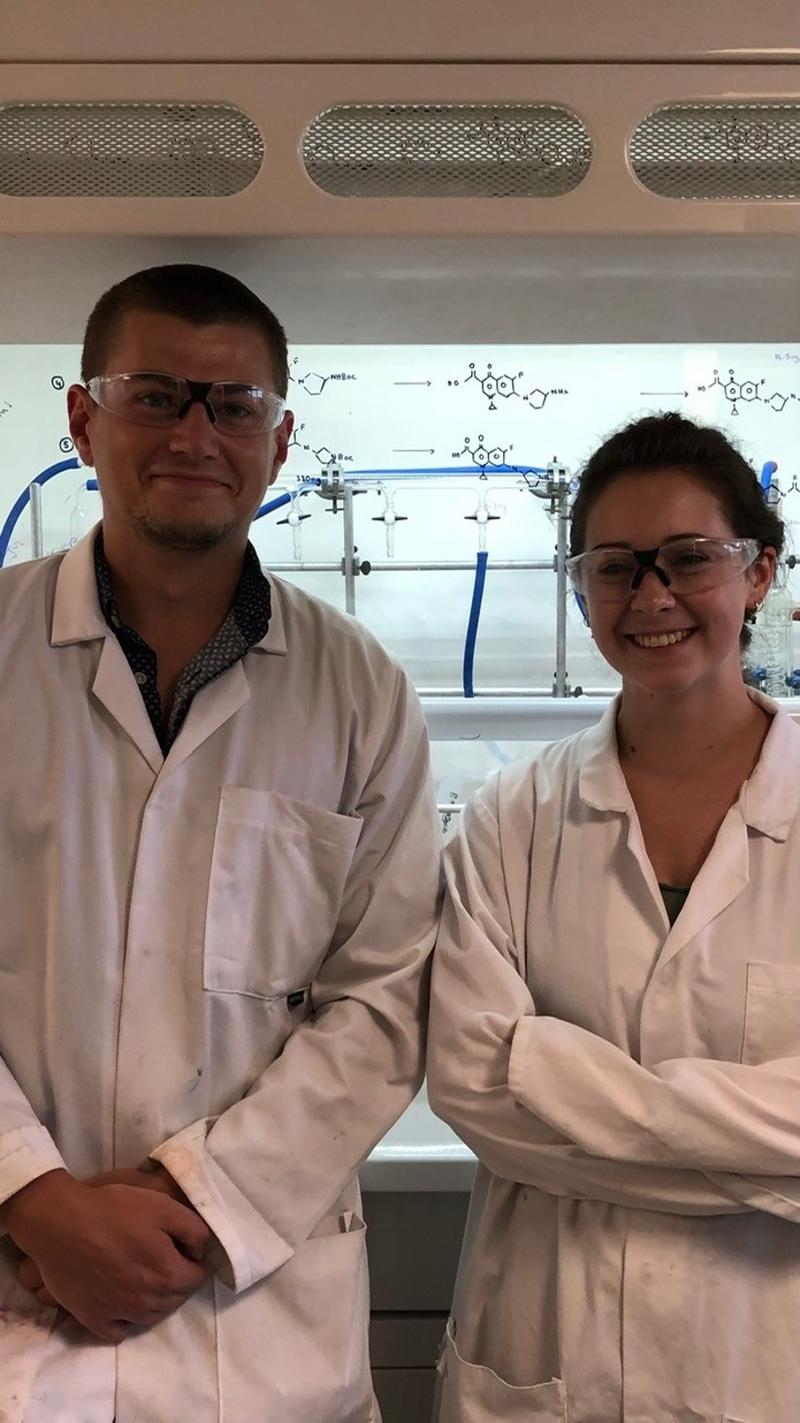