A new study published in Nature has identified a potential Achilles heel in the protective layers surrounding Gram-negative bacteria that could aid in the development of next-generation antibiotics. The study, carried out jointly by Professor Waldemar Vollmer and Dr Federico Corona at Newcastle University, alongside Professor Colin Kleanthous and Dr Gideon Mamou in the Department of Biochemistry at the University of Oxford, shows that Gram-negative bacteria depend on the cell wall to synchronise building of the outer membrane.

The World Health Organization (WHO) has declared Antimicrobial Resistance (AMR) one of the top 10 global public health threats. Some bacteria have already become resistant to all known antibiotics. Particularly problematic are multidrug resistant Gram-negative bacteria such as Escherichia coli, Pseudomonas aeruginosa and Klebsiella pneumoniae that cause pneumonias and sepsis. Their outer membrane resides beyond the cell wall and excludes many classes of antibiotics that would otherwise target it. 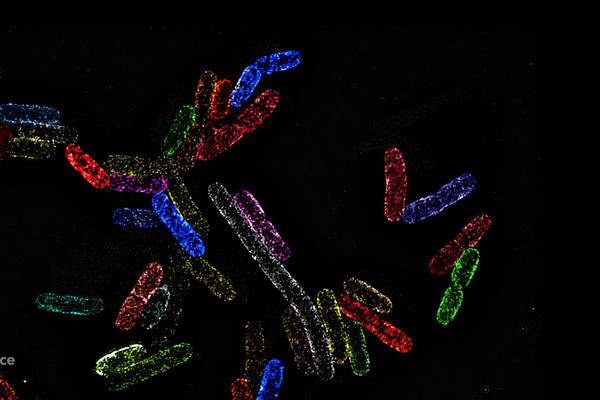 Figure 1. Clusters of the essential protein BamA in the outer membrane of the bacterium Escherichia coli. Image courtesy of Dr Gideon Mamou, University of Oxford.

The research reveals that the cell wall, which is composed of a tough material known as peptidoglycan, exerts surprising control over where new proteins are introduced into the outer membrane by an essential biogenesis protein known as BamA. This helps bacteria coordinate these layers, which is crucial for the way they grow.

Professor Vollmer from the Centre for Bacterial Cell Biology at Newcastle University Biosciences Institute explains: "Bacteria are tiny yet have a very high internal pressure, like a car tyre. They have a strong cell wall to withstand this pressure and prevent them bursting while still allowing them to grow and divide. What we have revealed for the first time is as they grow, how the process of wall expansion is linked to that of the outer membrane beyond it."

The research revealed that the age of the mesh-like peptidoglycan - composed of amino acids and sugars - is the key factor. 'Old' peptidoglycan that occurs primarily at the poles (ends) of cells completely shuts down new outer membrane protein biogenesis. By contrast, 'new' peptidoglycan that occurs primarily at sites where cells are about to divide, allows the greatest amount of outer membrane growth. This simple yet elegant mechanism ensures bacteria maintain a tight control over both cell envelope layers.