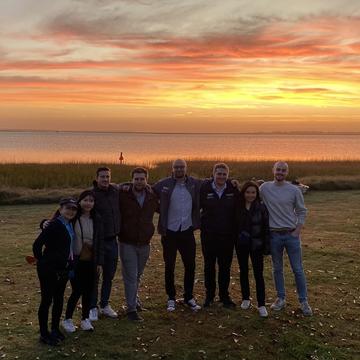 On Location with the Oxford-ISSET Ferrofluid Experiment team

Last month, the students travelled to the United States with representatives from the education outreach charity to complete final preparations and watch the successful launch of the Cygnus NG18, as it carried their experiment into space for the first time.

ISSET aims to inspire and motivate young people, using space exploration and the people behind it to encourage students from all backgrounds to realise their potential and grow their confidence.  In the summer of 2021, as part of the education outreach charity’s Mission Discovery programme, 300 UK schoolchildren between the ages of 14 and 18 worked with astronauts and scientists over a period of five days, competing to come up with an idea for an experiment to take into space.

One of these winning experiments, and the first to be developed here at the University of Oxford, aims to understand more about how ferrofluids (an unusual type of magnetic fluid) move through coil systems in low gravity environments.

Over a period of 12 months, a five-strong team of graduate students, led by Daniel Molland and Daniel Cervenkov, took the idea and developed it into a miniaturised experiment that was able to function in the unique microgravity environment of space – when people or objects are weightless.  One of the challenges the team faced was ensuring that experiment would fit into a payload small enough for space travel, measuring just 5cm by 5cm. 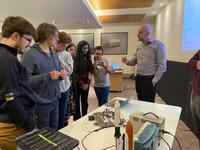 Learning about experiments in space

The Oxford team were supported throughout the project by former NASA astronaut Dr Mike Foale, who visited the university in October 2021.  They also invited the winning team of six school children to Oxford to see the experiment being built.

It was successfully activated by NASA astronaut Nicole Mann on 10th November, with the experimental results expected back on the return mission of SpaceX CRS26 in January 2023.

Daniel Molland, Experiment Team Leader [Team Oxford-ISSET, Chief Scientist] and an Oxford graduate student studying Biochemistry, said: ‘Having had the opportunity to develop experiments for launch to space within my undergraduate degree at King’s College London, I’m really passionate about giving as many people as possible that transformative opportunity to see their work onboard the International Space Station. I’m proud that I could help give that opportunity to my fellow graduate students alongside ISSET and help inspire the winning school children to believe that anything is possible!’

A lecture on experiment design

Ross Barber, Director of ISSET, said: ‘We are extremely proud to work in collaboration with the University of Oxford on Mission Discovery experiments. Giving Oxford students the opportunity to work directly with NASA astronauts and scientists to build experiments ready for space launch. Mission Discovery was designed to enable the next generation of talent and we can’t think of a better place for these bright young minds to showcase what they have learnt.’

Vaibhavi Rajesh, a 17-year-old secondary school student whose team came up with the winning idea for the experiment, said: ‘It was just so incredibly cool! At Mission Discovery the astronauts really took the time to come around our tables, talk to us and be open with questions, it was so exciting for me. I knew that Oxford would really put a lot of effort into [our experiments], but I didn’t realise the amount of work that goes into it, nor the extent of staff that work on it. It was so great to come in person to see our dream come true. It’s just been magic.’

Find out more at https://schnelllab.web.ox.ac.uk/iss-payload-development 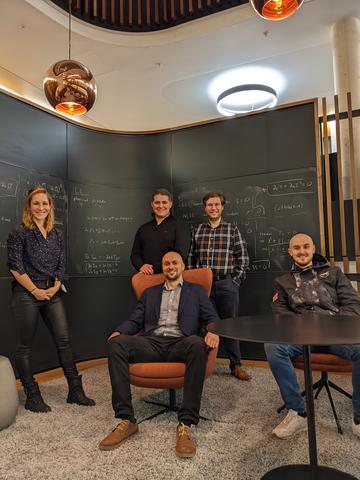