We are delighted to announce that Prof Robert Klose has been elected as an EMBO Member.

Prof Klose is one of 64 life scientists have been elected to its membership. The new EMBO Members and Associate Members join the community of more than 1,800 leading life scientists.

“I am delighted to welcome the new members into our organization and look forward to working with them,” says EMBO Director Maria Leptin. “An election to the EMBO Membership recognizes outstanding achievements in the life sciences. The new members will provide expertise and guidance that will help EMBO to further strengthen its initiatives.”

EMBO Members are actively involved in the organization. They serve on EMBO Council, Committees and Advisory Editorial Boards of EMBO Press journals, evaluate applications for EMBO funding, and mentor early-career scientists. Collectively, they can influence the direction of the life sciences in Europe and beyond.

New members are nominated and elected by the existing EMBO Membership; it is not possible to apply to become a member. One election is held each year. The new EMBO Members will be formally welcomed at the annual EMBO Members’ Meeting between 27 and 29 October 2021.

A directory of all EMBO Members, their affiliations and subject areas is available online:  https://people.embo.org/. Prof Klose is joined by Prof Ervin Fodor of the Sir William Dunn School of Pathology who has also been elected an EMBO member this year.

Many congratulations to Rob and everyone in his team. 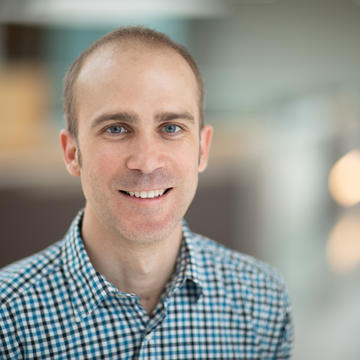