Professor Tony Watts has been elected President of the International Union of Pure and Applied Biophysics (IUPAB). IUPAB represents some 61 biophysical societies worldwide, with a joint membership of over 30,000. Tony has been chair of the British Biophysical Society, (2002-2007; 2009-2017), and a serving member (2000-2021) of the executive committee of the European Biophysical Societies’ Association (EBSA), and President (2017-2019). He has now formally retired from the Departmental Faculty (1980 - 2021), but has been awarded a 2 year Leverhulme Fellowship.

IUPAB has a mission to promote biophysics world-wide, and has made significant contributions to the acceptance of the area of science within traditional disciplines. In particular, an initiative to bring specialist biophysics workshops and tutors to less well-developed countries to engage younger scientists and encourage them to consider the area as a career, has been very successful. A triennial IUPAB congress is organized around the globe, with Brazil (2021) and then Japan (2024) hosting the 20th and 21st congresses, respectively – the first IUPAB congress was in Sweden in 1969.

“My hope is to bring greater co-operation between the various world-wide biophysical societies and groups”, remarks Tony, “already Korea is joining as a new member of IUPAB in October this year, with their well supported and productive biophysicists.” He also notes that biophysics has played a significant role in Covid research, as a contemporary example, from structural studies to models of the mechanism of transfection. “Biophysics is not simply an application of a physical method to some biological problem, but a more intellectual approach to understanding and exploiting biological function”. The area includes the application of a wide range of spectroscopic methods in biology, from crystallography to single molecule methods, as well as mesoscopic and computational approaches, often best aligned with experimental data. “Co-editing the Nature-Springer Encyclopaedia of Biophysics, keeps me up to date with new developments” says Tony. The Encyclopaedia, now in its 2nd edition, has entries downloaded by experts and those new to the area, on a very regular basis. 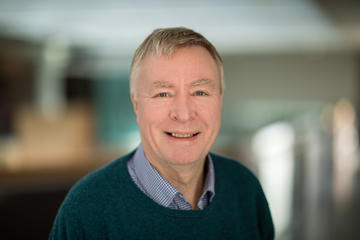