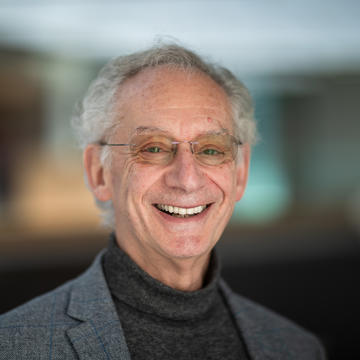 Glycobiology: helping proteins to fold and cells to communicate

Raymond Dwek is director of the Oxford Glycobiology Institute. Raymond is interested in how the glycans – chains of sugar molecules – that decorate many of our proteins are important in biology. Like proteins, glycans are complex and varied, but unlike proteins they have many branches. This makes finding the structure of glycans very challenging. By adapting techniques from chemistry, Raymond has developed new methods to unlock the secrets of how glycans are made and how they function.

Research in the Oxford Glycobiology Institute has helped to understand how glycoproteins fold, how glycoproteins work in our immune system and how they are important in viral disease. This ‘blue skies’ research has laid the foundations for using glycobiology to develop new antiviral drugs. Viruses are a major public health concern: over two billion people have been, or are, infected with Hepatitis B virus (HBV); 200 million people are infected with Hepatitis C virus (HCV), and over 40 million are infected with HIV. Each of these viruses needs properly folded glycoproteins for them to be infectious.

Iminosugar drugs that disrupt the folding of these glycoproteins are being investigated as antiviral drugs in the Oxford Antiviral Drug Discovery Unit. One iminosugar called NB-DNJ, was pioneered by the Oxford Glycobiology Institute and is effective against HCV, HBV, and HIV in laboratory experiments. Current work in the Antiviral Drug Discovery Unit is developing new iminosugars for the clinic.

Iminosugars can also inhibit glycolipid production. This has led to the development of a drug for Gaucher Disease which has been approved worldwide.